Wage tax – what is that

In the Netherlands a payroll can be ran and then wage tax is due to the Dutch tax office. But how does that work?

Wage tax is the one name for many types of social premiums and income tax. In the Netherlands the Government has tried to simplify the payments and we think they have succeeded.

If an employee works for an employer, anything he receives from that employer is subject to income tax, unless there is an exception. Besides income tax, most employees are socially insured.

How an employee is socially insured, depends on the type of job that the employee does. If it is a save desk job like being an accountant, the social premiums are not that high. But the moment the job because hazardous, the social premiums go up steep. A hazardous job is being a painter, oil rig worker. That also explains why you see in certain types of businesses so many ZZP companies. ZZP stands for one man company with no employees. The simple reason is that employees are so expensive from a social premium point of view and a one man company does not have the same burden.

Then you have employees that are not socially insured, those are employees send from abroad, who were able to arrange to remain socially insured abroad under a so called A1/E101 form. This is only possible with this form and this form needs to be checked with the Dutch SVB is indeed accepted. This may sound lucrative, but often it is forgotten that social premiums actually need to be paid in the home country. And if you are not socially insured in the Netherlands, you cannot claim unemployment, disability etc.

In the wage tax return to the tax office is included the income tax due over the employment income and the amount of social premiums due for the concerning employee. A complex return that results in one amount to be paid. That return needs to be filed within one month, the month following the salary month. Example. The August payroll is to be filed before September 30th.

The amount of wage tax is to be paid also in the month following the salary month. Example. The August payroll is to be paid before September 30th. However, if you actually pay on September 30th, you will get a penalty for paying too late. The banking system is an old system, so they work not real time, but with interest days. Paying on the 30th is actually receiving the following day, that is October 1st. October 1st is too late and the tax office will first send a warning, and then penalties. So please do not pay the last day.

Payday in the Netherlands

In the labour law is stated that the employer is obliged to pay the salary on the last day of the salary period. The regular salary period is a month, which implies the employer can pay on the 30th or 31st of the month. That said, if the employer actually does that, he will have unsatisfied employees. This is caused by the landlord automatically deducting the rent on the 29th or 30th or the bank automatically claiming the mortgage interest on the 29th or the 30th. There are more automatic payments, like utilities, around this date.

Hence the normal pay day in the Netherlands is the 25th of each month, with December as exception to the rule.

How is wage tax related to income tax? Wage tax is in essence identical to income tax, but in the income tax return more aspects are taken into account, which the employer does not need to know about. That is due to privacy.

Until recently that was not the case. The employer could tell the wife (yes, old fashioned) not to work. If the wife was not working, the employer could use a higher tax break for the husband. Only since about 2001 the wife has been given this money herself, hence the husband can no longer use that tax benefit. All to prevent the man stating to the wife, you do not work, so I pay less tax. Luckily evolution took its course and husbands hardly dare to say anything anymore.

Wage tax being an up front income tax withholding explains why the Dutch tax office is not inviting employees with one employer only, to file an income tax return. The tax has already been collected. Only if the employer is known for not withholding correctly, these employees are invited never the less. Invited sounds friendly, but is an obligation.

That said, if an employee has two employers, either at the same time or consecutive, filing an income tax return is obligatory. The reason I would like to explain in an example.

An employee earns EUR 40.000 with one employer and at the same time EUR 40.000 is earned with another employer. Each employer withholds tax based on the EUR 40.000 which is in the 42% tax bracket. However, in the income tax return all income is put on top of each other, so the taxable income is EUR 80.000 which is in the 52% tax bracket. The employee has to pay addition income tax. Having multiple employers in one year most of the time leads to additional income tax to be paid.

We perform payroll services. We assist the employer setting up the payroll. We run on a monthly basis, changes can be made, questions can be asked. Moreover, we can arrange for the payments. That implies the employer is send one fund request per month and out of that fund request we pay the employees the net salary and the tax office the wage tax including social premiums.

We do have substantial experience in this field, we are very familiar with working with foreign companies. We have an expertise in the so called 30% ruling, we can process A1 statements, split payrolls. Fee free to inquire about our services. 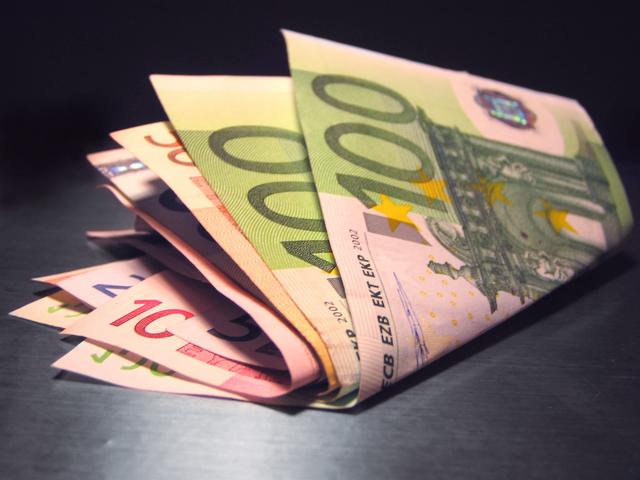 Tax is exciting BV is a new company and fraudulent invoices is what we receive on a daily basis. That is not exciting. As we are already in business for...

Dividend is much better than salary, or is it?

Dividend is much better than salary is the starting point of nearly all entrepreneurs that contact us. We have a day job explaining that we have rules in the Netherland...